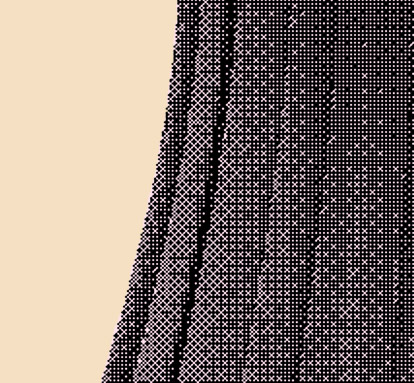 Pulling Back the Curtain: Remastered

This is the first production in The Southern's AMPLIFY Series.
AMPLIFY: to make larger, greater, stronger: to increase in strength. The AMPLIFY series gives artistic voice and platform to underrepresented stories in the arts.

PBC Nation invites you to this interactive exploration of authentic perspectives. These narratives are presented through awe-inspiring movement, and insightful talk-backs.The purpose of Pulling Back the Curtain: Remastered is to make visible the marginalization of African-American people, create a space for freedom of expression of the artists, and inspire conversations permeating past the proscenium, by a diverse audience to the greater community. A must-see for people of any and every age, ethnicity & gender, you won’t want to miss this!!!

This production features the choreographies of Gabby "The Baddie" Abram, Peace Madimutsa, Nehemiah Lucas, and Rayna Bell; curated by Gabriel Blackburn; and produced in part through Southern Theater's AMPLIFY PROGRAM. These artists have all formed together as the collective, PBC Nation.

Gabrielle Abram is a Core Company Member of STRONGmovement lead by Darrius Strong and Midzi Dance Collective and Atlantis13 (Momentum2019) lead by Jonathan Van Arman and Peace Madimutsa. She has Co-produced her first show at the Lab Theater titled "Listen."(2018) along with eight other choreographers. Gabrielle hopes to continue dancing and also learn and teach more through traveling.

Peace Madimutsa is a visionary born and raised in Zimbabwe. He has become part of the Minnesota artists’ community and found growth through relationships and experiences created. He aims to influence artistic collaborations that transcend humans, space and time.

Rayna Howard is a self taught dancer with some formal training experience. She views dance as her therapy. Her goals are to combine her passion for movement and community but providing a program using art as a tool to spread internal healing.

Nehemiah Lucas is one of the highest revered krumpers within Minnesota. He sees Krump as a lifestyle, not just a movement technique. He has performed previously at the Ordway, the Cowles Center, the Lab Theater, the University of Minnesota and the Mall of America.

Gabriel Blackburn has been professionally performing independently for the past 5 years, as a company for Shapeshift Mpls, and graduated with a BFA in Dance from the UMN Twin Cities May 2019. He is the creator and executive curator for, Pulling Back the Curtain, which had its debut production this past May at the Lab Theater. After the initial productions impact, Gabriel was asked by the Southern Theater to curate for their AMPLIFY program, in which Pulling Back the Curtain: Remastered was born.

September 22, 2pm will be ASL interpreted