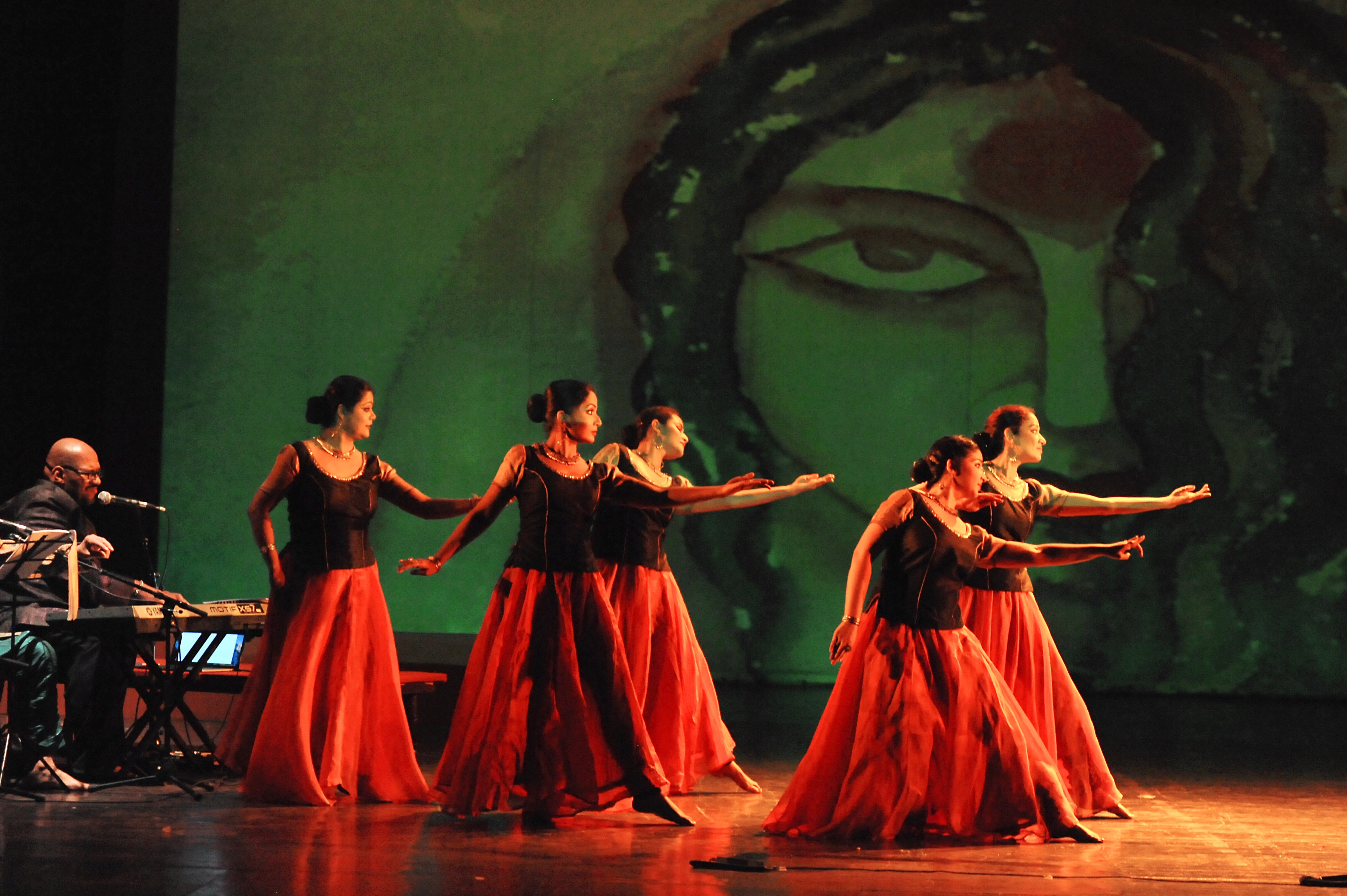 Inspired by the poetry of writer and activist Kazi Nazrul Islam (1899-1976), Shaamya - Of Equality attempts to draw parallels between the experiences of today's oppressed communities with those expressed by Nazrul Islam in his time. Using a mixture of classical Indian dance choreographed by KDT artistic director Rita Mustaphi, original songs composed by musician J.D. Steele, and poetry by artist and playwright Ifrah Mansour, Of Equality shows that Nazrul Islam's ideas about countering oppression with peace, justice and equality remain relevant today. This is a work-in-progress performance, with a full production coming later in 2020.

This show will be ASL interpreted!

Rita Mustaphi (choreographer) is the Founder and Artistic Director of Katha Dance Theatre, a professional dance company specializing in the classical Indian dance form of Kathak. Since KDT's inception over 30 years ago, Rita has choreographed over 50 evening-length works that have been performed around the globe. She is a roster artist for COMPAS, Creative Classroom’s global culture program. She is also a recipient of three McKnight Fellowships for choreography, a Leadership award from the Council of Asian Pacific Minnesotans, a 2011 Lifetime Achievement award from the India Association of Minnesota and a 2012 Education award from the Ordway Center for the Performing Arts in the category of Excellence in Vision.

J.D. Steele (composer) is a renowned musician who exploded onto the Minnesota music scene in the mid 1980’s as a contemporary of Prince, Jimmy Jam, Terry Lewis, and Soul Asylum. His band The Steeles is renowned for its musical The Gospel at Colonus, which toured worldwide and eventually aired on PBS to critical acclaim. He has been commissioned to create ten original musicals, and previously collaborated with KDT on 2013's Karna - The Abandoned Hero. His many credits also include a cameo in the Prince-produced movie “Graffiti Bridge,” and songwriting and arrangements for the movies “Corrina, Corrina” “Blankman” and the award-winning documentary “Hoop Dreams.”

Ifrah Mansour (poet) is a Somali multimedia artist and educator based in Minnesota. Her artwork explores childhood trauma in an attempt to uncover resilience within the black, Muslim, and refugee communities. She has been featured in media outlets like the BBC, Vice, OkayAfrica, Star Tribune, and City Pages. Her critically acclaimed autobiographical play How to Have Fun in a Civil War had its world premiere at the Guthrie Theatre, and her visual poem “I am a Refugee” was featured in PBS’s Online Film Festival in 2018.

To follow the project as it unfolds, visit my project page: