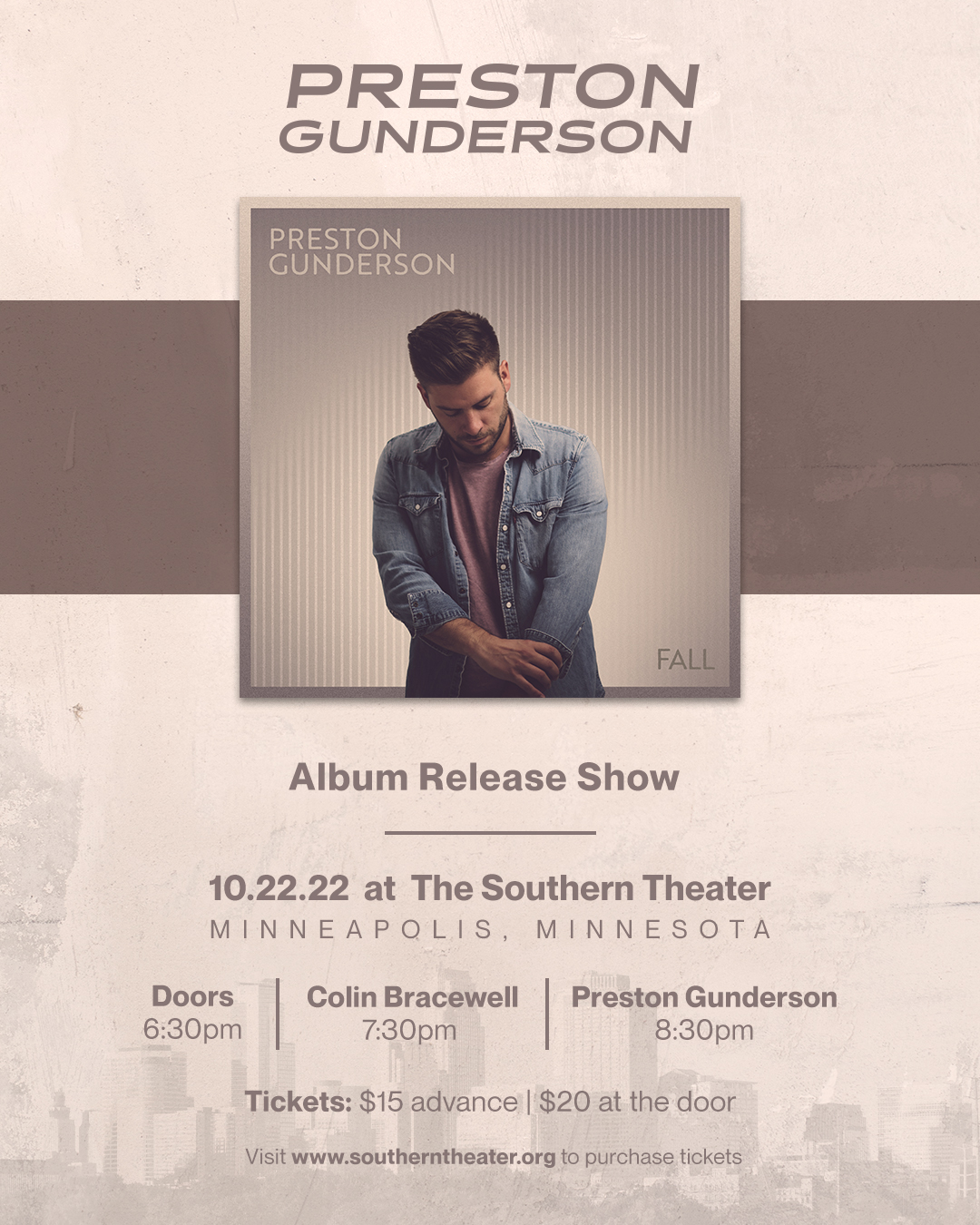 Tickets: $15 in advance, $20 door
Schedule:
6:30pm Doors
7:30pm Colin Bracewell
8:30pm Preston Gunderson
Preston Gunderson is a singer-songwriter based out of Minneapolis, MN. With his powerful voice and catchy melodies, Gunderson has been bringing in listeners of all ages and capturing major attention.

From his appearances on The Voice and American Idol, Preston Gunderson has established himself as a fixture in the Twin Cities music scene. He has released 6 albums, many of which have charted on the iTunes charts. This show will be dedicated to his latest release.

Colin Bracewell
At only 21 years old, Colin Bracewell has established himself as a Minneapolis-based singer/songwriter whose raw vocals and production reflect the sound of Bon Iver, Jeff Buckley, and more recently, Hippo Campus. Born in Ontario, Canada, Colin moved to the United States, and now attends the University of Minnesota.  He began writing and performing at a young age and now composes and produces much of his own work.

His style discovers a dark and nostalgic sound paired with thick production and tight vocals. Usually writing, recording, and producing on his own, Bracewell's vocal pads and true lyrics combined with love and loss, create unique and gravitating artistry. In 2020, his folk-influenced single, “You’re Fine”, inspired by the intensity of of the year’s events, was featured on The Current – as "Song of the Day".

Bracewell's latest single, "Slopes", will draw you in from the note, and the energy will have you rocking and singing along. He pushed himself to visit other realms of creativity while still maintaining his authentic storytelling and heartfelt melodies. His drive to be unique and relatable allowed further embellishment of Colin's soulful music, taking fans even deeper.